HOMOTH has developed and produced diagnostics systems for 40 years and is now one of the world's leading manufacturers in this sector. The "ENT-Diagnostics-Centre", which is now an integral part in ENT clinics, was introduced in the early 90's as a worldwide novelty. More than 8,000 sold modules and 4,000 devices speak for themselves.

We design our products in close cooperation with technical universities and renowned professors. This enables us to constantly provide the latest high-quality diagnostics at a fair price-performance-ratio.

In the whole world.

Through authorized dealers you can visit our Blue Line relate in almost every corner of the world.

Foundation of HOMOTH as a private company by engineering M.A. Rainer Homoth.

The company HOMOTH together with the company HEINEMANN will continue its success story and bring various interesting innovations in the near future. 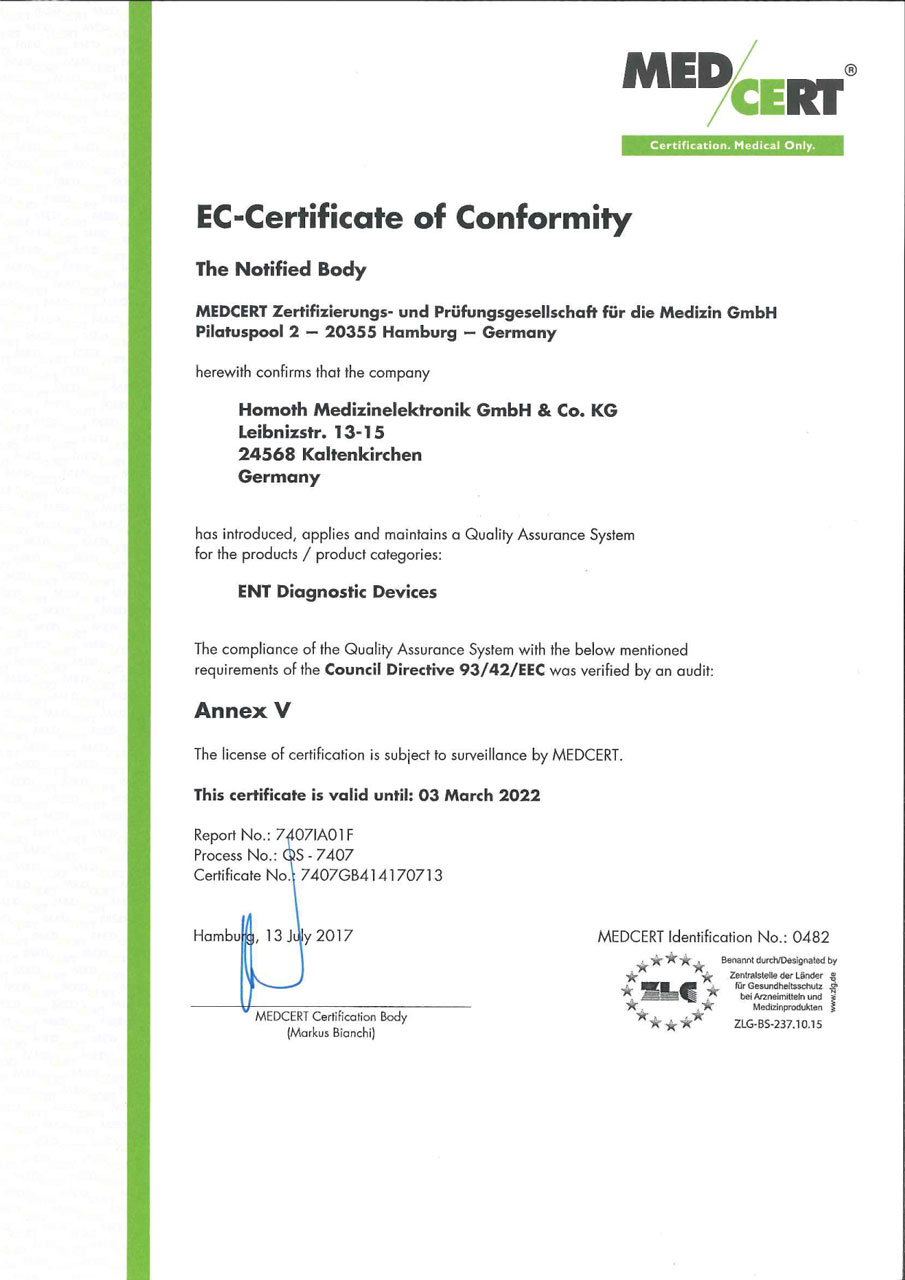 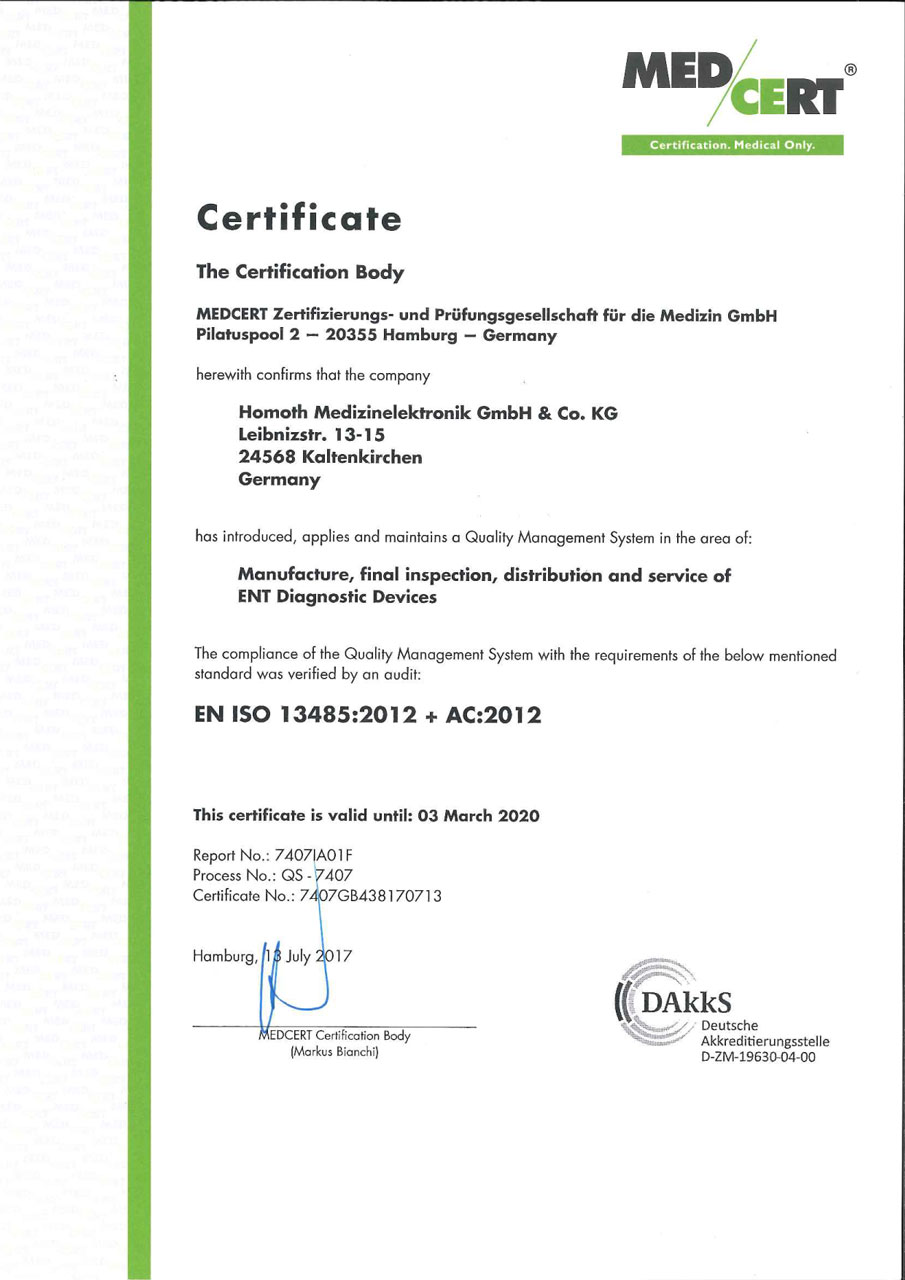